This morning I was on court from 9-12, so needless to say, I was hungry when I finally had some time to eat. I didn’t have access to any lunch options, so I grabbed some pretzels and roasted peanuts to tide me over. 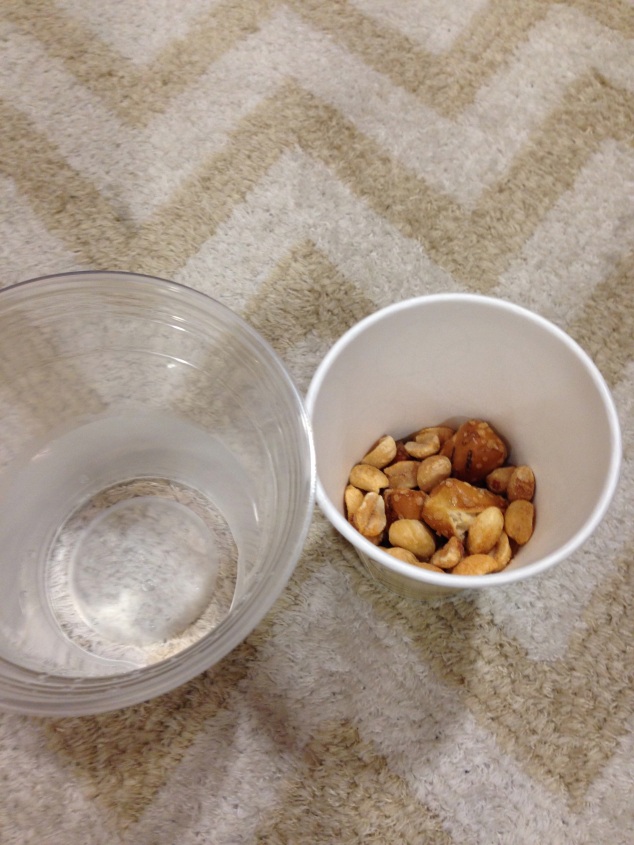 Also, I think I have found a new guilty pleasure to add to the list, coming in second to my new Starbucks post-run addiction.

It was so hot outside today (36 degrees celsius!), that I felt that I just had to stop by the fro yo bar on the way home. To make myself feel a little bit better, the right side is all fruit (mango, blueberries, raspberries), and I got some eurotart on the left side! Also, how cool is the divider? I love getting chocolate toppings, but hate mixing them with the fresh fruit they always have, so these little cardboard things are genius! Best of both worlds 🙂

A little while later I felt like I should probably make myself something a little more substantial, so I made myself a salad with romaine, cherry tomatoes, carrots, feta, and french vinaigrette dressing. I also had a cup of pear flavoured Chobani yogurt on the side (not pictured).

After a while of lazing around watching the Brazil vs Germany game (poor Brazilians!), I got up to go for a run outside.

I ended up covering about 6.5 kilometres, throwing in some stair repeats in the middle when I reached the Art Museum! A lot of fellow workout people had the same idea as me, so I had some step-running buddies!

The most motivating part of this workout was seeing one guy doing pushups up the stairs! One hand and leg was on one step, while his other hand and other leg was on the step above. He would do a pushup, and then move up a step. I kind of wanted to try it, but was a little intimidated in front of all the other people. Maybe I’ll go for an early bird run sometime, and try it then!

The run back was hard. It reminded me of the times when I would go for 20 minute runs in high school and it would really hurt. It also didn’t help that there was an guy in the Armed forces running ahead of me, and I was determined not to let him out of my sight. Let me tell you, I was so relieved when we parted ways!

Now I’m about to make my go-to “easy-everything goes- stir fry” for dinner. Stay tuned for this- it’s a winner!

Welcome to Squash on Squash!

Hey, I'm Nicole. I'm a Canadian pro squash player and fitness/squash coach based in NYC. Thanks for stopping by, and check out My Story to learn more about me!